What a week for the PGA and European Tours, as both events end up going to playoffs with great finishes. Phil Mickelson was able to triumph in Scotland over Branden Grace at Castle Stuart, while 19-year old Jordan Spieth became the first teenager since 1931 to win on the PGA Tour, outlasting David Hearn and Zach Johnson in a five-hole playoff at the John Deere Classic. This is the best of the week in the Golf GIF Roundup for July 15th.

Patrick Reed with a big hack

This putt on 16 got Hearn into the playoff…

Without prompting, man takes hat off in shadows to not bother Hearn

Hearn misses from 4 feet, 10 inches for the win

How deep was the rough this week at Castle Stuart? Ernie Els and Martin Laird below.

Another reminder of how good Manassero is 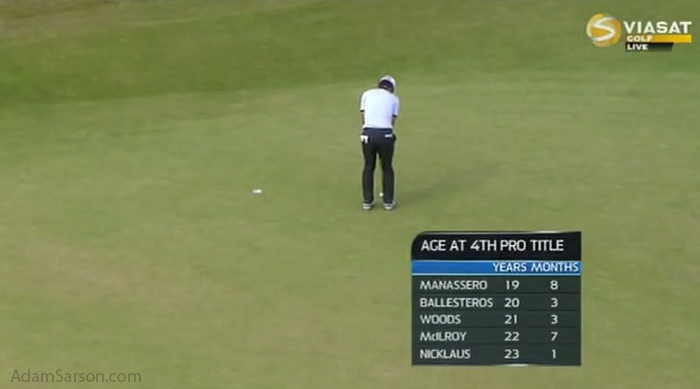 Jorge Campillo hits the stick from the thick stuff…

…so does David Horsey

Manassero plays from a brutal divot

Grace drops the club, but catches it before it hits the ground

Mickelson taps in for par and gets his trophy

Lastly, from the John Deere, a fan in a massive sombrero