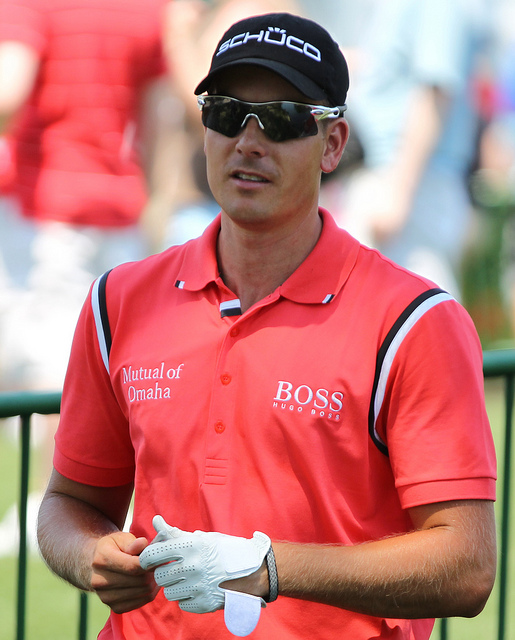 Henrik Stenson’s incredible season continued this week, as he was able to dominate the field and East Lake in claiming his second win of the season at the Tour Championship and the $10 million prize for winning the FedEx Cup.

No final round lead is truly safe, but Stenson’s four shot advantage certainly felt like a sure thing coming into Sunday. Of course, Stenson did lead at one point by nine shots on Saturday, so with a field of this quality chasing, including the electric Dustin Johnson in the final pairing, Stenson would still have to play well to come away with the victory. That’s pretty much exactly what happened too, as Stenson didn’t do anything to stray from his gameplan of the first three rounds. There were very few drivers in play, as Stenson hits his other clubs far enough that it wasn’t really necessary on a course that can be very punishing if fairways are missed. This allowed Stenson to lead the field in GIRs this week, which shouldn’t be a surprise considering the PGA Tour all year in that stat.

Steve Stricker made a bit of a run, and Jordan Spieth actually cut the lead to one stroke on the back nine, but his approach into the 17th green plugged in the bunker and he dropped a shot. Stenson was able to make a birdie on the par-5 15th and extend his lead back to three shots. After that, it was pretty much over and Stenson wasn’t going to be caught.

What The Win Means For Stenson

There’s a long list of things that come to Stenson because of this win, most notably the $11.5 million that he receives for winning this event and the FedEx Cup. That $11.5 million pushes him over the $15 million mark earned since July, which is an absolutely insane amount of cash. In addition to the pile of money, he will be moving back to 4th in the official world golf rankings, which ties his previous career high that he attained after winning the PLAYERS Championship back in 2009.

He’s also reintroduced himself to the golfing world this season, and will be thought of as a serious major contender for next season. Stenson is a very entertaining and engaging guy, who doesn’t usually leave much on the table when it comes to emotion. How many players do this on the range?

Big things are expected of Stenson and having a player as talented and entertaining as him in the spotlight is a very good thing for the game.

If there was ever a round that showed how Tiger never gives up it was today. Playing for nothing, still fires a 67.

Tiger Woods didn’t exactly have the week he wanted to have at East Lake, never being in contention, complaining of fatigue and having a general look of disgust throughout his four rounds.

With that said, Shane’s point above is something worth noting. Fairly or unfairly, Tiger has been criticized in the past for mailing it in when he’s out of a tournament on the weekend, but he ended off on a pretty good note. Should he be happy or content with that as opposed to being right there with Stenson at the end? Of course not, and everyone expected more, but it should be noted that he didn’t give up like many would have expected him to. On another note, it seems that Tiger’s kids are getting along just fine with Lindsey Vonn:

Don’t Hit Your Ball There

Graham DeLaet got a touch wayward on Friday…

Have we jumped the shark on this yet? I’m thinking it’s over.