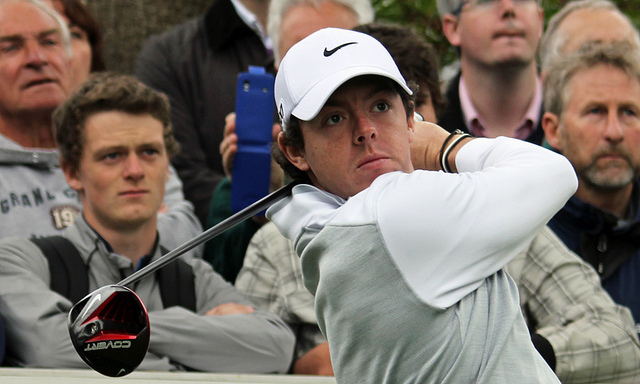 Rory McIlroy is the defending champion and the favourite going into the final event of the 2013 European Tour season, as a world class field is in Dubai for the DP World Tour Championship.

With this being the last event in the European Tour’s Final Series, there’s a lot on the line and it’s all very similar to the way the PGA Tour runs the FedEx Cup, plus the bonus pool money that can be earned as well to those who finish inside the top-10 in the Race to Dubai standings. The current top-10 looks like this:

Now, there is a boycott of sorts happening this week by three notable names: Ernie Els, Charl Schwartzel and Sergio Garcia. You can read up about it here, but I’m sure this will be touched on in some fashion this week.

Outside of that, Stenson and Poulter have an interesting side bet on who can finish ahead of the other in the Race to Dubai, plus it’s always intriguing to see what kind of performance Rory puts on. With this kind of quality field and course, the golf should be excellent.

The Greg Norman designed Earth Course is a beast at 7,675 yards, with the shortest par-3 coming in at 186 yards and the shortest par-5 playing at 572 yards. Only one of the par-4’s on the layout plays at less than 400 yards, so it should probably come as no surprise that the four previous winners of this tournament are big hitters: Lee Westwood, Robert Karlsson, Alvaro Quiros and Rory McIlroy. From a Golf365 review of the course posted yesterday:

The final four-hole stretch which includes a Sawgrass-type island green at the 17th hole, has been described as a “Golden Mile”, with Norman commenting: “I expect in time that it will be considered as one of the most challenging and exciting miles of golf in terms of risk and reward.

“It comprises a short par-four, a long par-four, a great par-three and a medium-to-long par-five, so a lot of things can happen.”

The meandering, and occasionally daunting, water features are an ever-present factor that can hardly be ignored. They have constantly forced players to have a careful consideration of ball carry and now, since Jumeirah over seeded the rough with rye grass earlier this year, it has not only given the course an even greater contrast and definition to its brilliant white bunkers and bark mulched landscape areas, it has also helped provided the players this year with a tougher challenge than at any time in previous years.

The fairways are wide, but are lined with tons of trees and over 100 bunkers are strategically placed on the course. The greens are fast too, with a reading of over 12 on the stimp, and some comments have already started to come in from the pros:

Oh my those greens are fast!! #Dubaiworldchampionship

My thoughts have already been outlined above, but he’s just playing too well right now to ignore. Has a good track record here at the course too, including a runner-up finish to Karlsson back in 2010.

Made a Sunday charge in Turkey with an ace en route to a 63 that ended up just short of Victor Dubuisson’s winning score. The runner-up was his third top-10 in four events, so he’s playing pretty well right now. Got into the top-10 here last year after rounds of 68-68-69-69.

McDowell is nearly as streaky as Poulter is, and after finishing tied for third at the WGC-HSBC Champions two weeks ago, he took last week off in preparation for this tournament. He’s had some trouble here before, never cracking the top-10 and only posting five of his sixteen rounds in the 60’s, but I like how solid he played in Shanghai. He’s flying a little under the radar right now, too.

Casey has been quietly returning to form, getting back into the top-100 in the world rankings after a win earlier in the year in Ireland, plus three consecutive top-20’s in the last three weeks. Back when Casey was one of the best in the world, he enjoyed the course, with a pair of top-20’s and no rounds over par.

Molinari has put together top-25 finishes in each of his last five starts, and has cracked the top-10 twice at the Earth Course in four appearances. Historically, he’s also enjoyed the UAE area, with good finishes almost every single time he’s played there. He’s not the biggest hitter in the field, but he strikes the ball so well that he should be fine here.

Uihlein is definitely the biggest hitter in my suggested plays, so I’m hoping that he can overpower the course even though he has yet to play a competitive round on the layout. He’s slowed down considerably since early September, but he hasn’t done anything disastrously bad either. I think this is a good spot for him to get into the top-5.

← VIDEO: The European Tour tees off from the 22nd floor
Punch Shots: Jarrod Lyle’s Comeback and John Daly at the Ryder Cup →