What’s next for Ian Poulter? 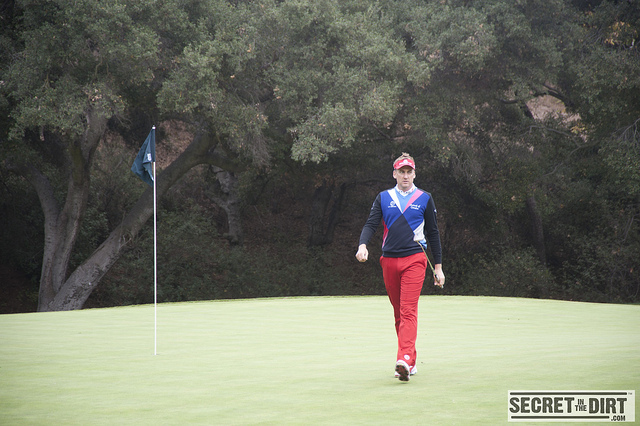 62 under par for four weeks and not a trophy in sight ! Retweet if you fell sorry for us 😜

Sometimes you just get beat, right?

That tweet comes from Ian Poulter’s caddie Terry Mundy after Poulter played tournaments in four consecutive weeks in China, Turkey and Dubai. Poulter finished inside the top-15 in all four events, including a pair of runner-up finishes to Dustin Johnson and Henrik Stenson in which the winners got to 24 and 25-under par respectively. At nearly $2.1 million earned over these last four weeks, no one will feel too bad for Poulter, but a few things that have happened over the past month got me thinking about Poulter and his current place in the game.

For someone who gets hotter than just about anyone, especially with the putter, Poulter has been looked at in recent years as an underachiever, even though he has put together a pretty impressive list of wins and a sterling Ryder Cup record. I went back over the last five years and looked at every winner on the PGA and European Tours to find out how many players have won more times than Poulter, who has picked up five victories from 2009-2013.

*Note: This includes only results from the PGA and European Tour. Some pretty good players on that list.*

2013 is the first year that Poulter hasn’t picked up a victory since 2008, so he has been pretty consistent and when you look at those wins, it becomes obvious that Poulter’s match play reputation is well deserved.

Over the years, Poulter has managed to put together a 32-14-2 record in match play, and as you’ll remember from the Ryder Cup at Medinah, he just looks like a different player in a head-to-head situation, and I swear that’s exactly what he was trying to reproduce over the last few weeks with Henrik Stenson.

Stenson, arguably the best player in the world right now, had a massive lead over Poulter in the Race to Dubai going into the Final Series. So, Poulter proposed a simple $100 bet. Whoever won the Race to Dubai, even with Stenson’s huge head start, would take home an extra $100 from the loser. Stenson even gave Poulter 10-1 odds, putting up $1,000 to Poulter’s $100, and the race was on.

As mentioned above, Poulter went on a tear with those four consecutive top-15 finishes, looking engaged the entire time. He was driving the ball great, sticking his irons close and even when he didn’t do those things, he was scoring well because his putter was lights out. In interviews after rounds and between tournaments, Poulter referenced his bet with Stenson frequently, almost like he wasn’t playing in regular stroke play events against a leaderboard. Poulter was playing match play against the best player on the planet, and even though he came out on the losing end, he did pretty much everything in his power to avoid that scenario.

Outside of a Sunday charge at the Open Championship, falling four shots short of Phil Mickelson at Muirfield, Poulter had a mostly forgettable 2013. His putting, the best part of his game, went cold and he tried everything from changing putters to using the flat stick one-handed.

I am sacking my putter, I will use a new putter at the Open. Putter manufacturers please send me some to try to my IJP office please.

But these last four weeks showed the kind of player that Poulter can be, and the one that the game of golf would greatly benefit from seeing on a more regular basis. In a game that is screaming out for characters, Poulter provides exactly that. He dresses differently, he’s active socially and isn’t afraid to speak his mind on any topic, both on and off the course:

So, what’s next for him? Earlier this year, he told Jim McCabe that despite the overachiever label that he’s been saddled with, he sees it differently:

“Johnny Miller might think I’ve well overachieved,” Poulter said, singling out the esteemed golf analyst who in this case would draw a lot of backing, “but in my eyes, I’ve underachieved. I don’t think I’ve done enough.”

“I’ve got nothing to back me up,” Poulter said. “There’s nothing there, there’s zero (when it comes to a stellar amateur background). There is no information, there’s no golfing history behind what it was until I first stepped out on Tour.”

It’s that lack of a pedigree, Poulter lied about his handicap when turning pro, that gave him his start. Now with over a dozen worldwide wins, he wants to make the next step and that means major championships. There’s nothing more that Poulter would like to do than be the first Englishman to win the Open Championship since Nick Faldo in 1992, but I’m sure he’ll take any of them, doing it with flair and ample amounts of style.

Golf needs this guy, and apparently all he needs is an opponent.