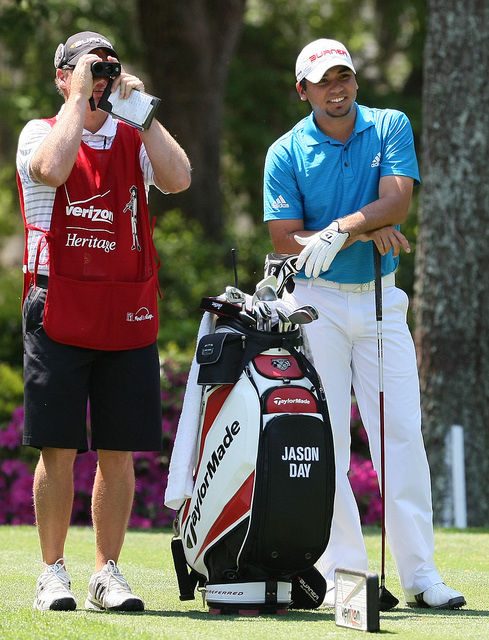 Jason Day was able to take out Rickie Fowler and Victor Dubuisson on Sunday at Dove Mountain to win the 2014 WGC-Accenture Match Play.

To be honest, not a whole lot of note happened on the final day until the very end. Day and Fowler had a spirited match in the semis, while Ernie Els couldn’t hang on to an early lead on Dubuisson, eventually giving it up on the 18th when he made bogey.

In the finals, Day jumped out to an early lead as Dubuisson just couldn’t seem to get going, much like the semis, where the Frenchman admitted that playing against one of his golfing heroes in Els got to him. Dubuisson started to settle in a little bit throughout the match, but Day didn’t relent until the final two holes. Dubuisson cut the lead to just one on the 17th, but Day had a chance to close it out on 18 when he had a nine foot putt for par.

Dubuisson made his to force a playoff, but it looked to be over right from the start with Dubuisson going into the cacti on the first playoff hole. No problem though, he just played the bump and run through the cholla, the television cable and the rough to five feet:

So, the two would halve the hole and move on to the second playoff hole. Another bad approach by Dubuisson saw him over the green in a very similar spot to where he was in regulation. No worries though, another tremendous recovery was on the way, along with a great reaction from Jason Day.

Thankfully, Dubuisson let us breathe for the next two holes before they got to the fifth playoff hole, the drivable par-4 17th. Each missed the green right, but Dubuisson’s lie was far worse in the rough, giving Day the advantage and when Dubuisson’s birdie putt came up short, Day just needed to sink his three footer for the win.

Just before daylight ran out, Jason Day was the winner of the 2014 WGC-Accenture Match Play.

Underachiever is the label that is most often used when it comes to Jason Day, despite the fact that he’s just 26 years old. I’m not sure that this changes that since this was just match play and the fact that Day is still looking for that first major win, but winning any WGC event is a big deal, especially when 64 of the top 67 players in the world were all vying for the title.

Many had Day pegged as a major winner in 2014, likely at Augusta and this will certainly add to that opinion. He’s an incredibly talented player that for some reason just hasn’t gotten it done as often as many would have expected to this point, but who knows, this could be a turning point for him in his career. He’s one of the best players in the world without question, and he alluded to the fact that this win meant a ton to him. Even though he’s won elsewhere, you know that not having won on the PGA Tour in almost four years, and being given that underachiever label by so many, was probably starting to get to him a little bit.

Day is now 11th in the FedEx Cup, 4th in the Official World Golf Rankings, and more than $1 million richer after defeating Dubuisson.

In addition to Day winning, the final three of Dubuisson, Els and Fowler all had great weeks and it should be noted that it means quite a bit for them as well.

Even though there were plenty of storylines to talk about this week, everyone is still discussing the Sergio Garcia/Rickie Fowler concession. I posted some quick thoughts about it, but mostly about the media reaction to it, yesterday.

The End Of Dove Mountain

Regardless of who sponsors the event next year, taking over for the departing Accenture, we know that the PGA Tour is looking at other venues for 2015. Whether it’s Harding Park or somewhere outside of the U.S.A., it’s going to be a welcome change as let’s be honest, nobody seems to like this place despite how well it presents on television.

There were numerous points of evidence as to why as well when watching this week, as there were a bunch of shots that just didn’t hold on these crazy greens that Jack Nicklaus crafted. Believe me when I tell you that just about any other course that they go to will be an upgrade, especially in the minds of the players who didn’t show up this week. Bob Harig at ESPN penned a quick piece on Sunday after PGA Tour commissioner Tim Finchem addressed any possible changes.

Shots Of The Tournament, non-Dubuisson division

Both might be forgotten in the grand scheme of things, but these were the two best shots I saw all week. First, Louis Oosthuizen on Saturday needed to take a penalty drop after his ball landed here: 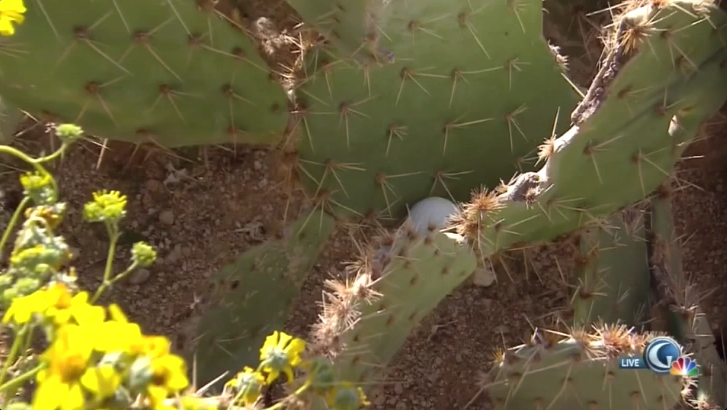 He would make the putt for birdie and win the hole against Day. Secondly, Rickie Fowler hit a great drive on Sunday that somehow rolled out to over 345 yards. I suppose that new Cobra Bio Cell really is as long as the promos suggest because Fowler is not a big hitter off the tee. He couldn’t believe when he got to his ball that it rolled through the fairway and the rough into the desert. From a brutal lie, he kept his approach really low and somehow kept it on the green:

Either he realized that it wasn’t the best form, or someone on his team did, leading Spieth to send out the following tweets after his loss to Ernie Els.

I'm embarrassed about the way I acted on the course today.. Played like the 13 year old version of myself mentally. A lot of positives..

..From the last three weeks and ready to come back strong at Doral! Everybody has tough days and I'll handle it better next time for sure

I think it’s easy to forget that Spieth is just 20 years old. He’s not always going to be in control of his emotions on the course, but those tweets do show some pretty impressive maturity and he should be commended for that.