Patrick Reed’s win at Doral was full of interesting moments with great shots, rage and an iguana. The best of the week from a great event is below in GIFs and images.

Roger Maltbie does a little dance.

This Tiger fan was a little upset that this putt didn’t drop.

Fun in the water with Matteo Manassero.

This pretty much sums up Phil’s week at Doral.

The Matsuyama “crater” that had Ian Poulter so upset. 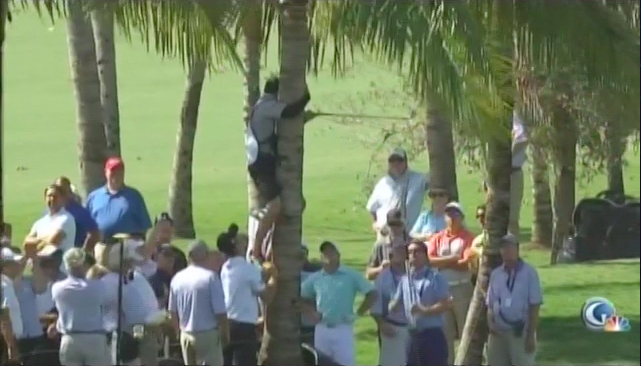 Kevin Streelman’s caddie does his best ring-tailed lemur impression to look for his man’s ball.

Charl Schwartzel was one of those who had a tough day on Friday.

Peter Uihlein drives his ball through the lip of the bunker.

Iguana on the green!

Some rage from Tiger.

Even more rage from Keegan.

Tiger hits a fan with his opening tee ball on Sunday.

Justin Rose’s shank from the bunker.

Bubba tries to take out a member of the gallery.

Rickie Fowler walks with one of his fans.

Lastly, the legend that is Miguel Angel Jimenez warming up before his round on Sunday.