Jason Dufner with a tip of the hat.

Welcome to the 2015 Golf Preview, where I’ll take a look at selected golfers and examine what to expect over the next twelve months. Today, we look at Jason Dufner.

Sports is filled with “late bloomers”, players who for whatever reason just can’t seem to put it all together but then figure it out at what seems to be an arbitrary time. In golf, no player personifies that better than Jason Dufner.

Guys like Jordan Spieth and Hideki Matsuyama are rightly fawned over by fans and media for being so talented and poised at a young age, but Dufner didn’t really first to start appear on the radar of golf fans until the age of 34 in 2011. Dufner played in the final group at the 2011 PGA Championship with Brendan Steele and had a five-shot lead over Keegan Bradley with four holes to play, but bogeys on 15, 16 and 17 combined with a pair of birdies from Bradley forced the two into a playoff which Bradley ended up winning for his first major championship.

Dufner would go on to win twice in 2012 and put on a Hogan-esque ball striking fiesta at Oak Hill in 2013 to claim his maiden major win at the PGA Championship before being known as the guy who grabbed his wife’s ass on live television.

Dufner’s wife Amanda congratulates him on the 18th, with the infamous ass grab.

Unfortunately for Dufner, he spent most of 2014 injured with a neck problem and was forced out of the Ryder Cup. He did play a few times overseas in the last few weeks, so hopefully he’s ready to go in 2015. 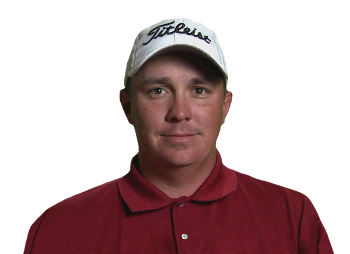 This is a tough one because of Dufner recently trimming the mop, but I’m going to go out on a limb and suggest that ESPN hasn’t randomly asked Dufner for a new photo in the last eight weeks, so it’s at least a few years old. I’m also going to take this opportunity to post one of my favourite tweets of the year from when Dufner went to a playoff against Adam Scott at Colonial:

Headshot gets a 2/10 because he’s far too recognizable.

Dufner is one of the most oddly compelling players in golf. He doesn’t say much and he’s about as expressive as a fire hydrant, but he’s got this odd likability to him that is hard to pin down. One thing that we do know is that he’s a massive fan of Ben Hogan and has worked very hard to emulate the guy that is considered by many to be the greatest ball striker of all time, and while he might not be at Hogan’s level, there aren’t many players out there today that hit the ball as flush and pure as Dufner. His constant needling of Keegan Bradley is good fun too, and if you get bored, you can play along with Dufner as he tries to figure out when to actually hit the ball after waggling the club.

He actually doesn’t have a set number of waggles before swinging. There’s no one like Jason Dufner.

Jason Dufner’s ball striking was superb on Sunday at Oak Hill. His approach to 5.

Lastly, his approach into the 16th.

Is he actually healthy?

It was pretty clear last year that Dufner wasn’t in a good place before sitting out the last couple of months of the season with a neck injury, but the fact that he’s out on the course again is obviously a good thing. Dufner’s in a bit of a weird spot because he actually turns 38 a few weeks before the Masters, which makes him just a year younger than Tiger, so it’s tough to say what his ceiling is and even tougher to project how much more he can accomplish at this level. I just hope he can stay healthy.