Jason Day won his first major championship on Sunday at Whistling Straits, as he held off Jordan Spieth to claim the 2015 PGA Championship.

To talk about how this tournament went down, we really have to go back to late on Saturday. Spieth absolutely scorched the back nine at Whistling Straits, coming in with a 30 to post the lead in the clubhouse and basically assure himself of another date with Day in the final day of a major. The two had played together in the penultimate on Sunday at St Andrews last month, with both missing the playoff by a single shot and watching Zach Johnson lift the Claret Jug after defeating Louis Oosthuizen and Marc Leishman. On Saturday at Whistling, Day made birdie on the par-3 17th, giving him a two shot edge on Spieth heading into the final round.

That lead was something that Day would never relinquish on Sunday, and as Spieth put it in his post tournament interview with David Feherty, Day put on a clinic off the tee with both his length and accuracy, with the most impressive one likely coming on 16 after he made a bogey to see his lead cut to two shots. Day actually outdrove the driving grid that CBS had placed on the screen with a majestic blast that never once left his target line. 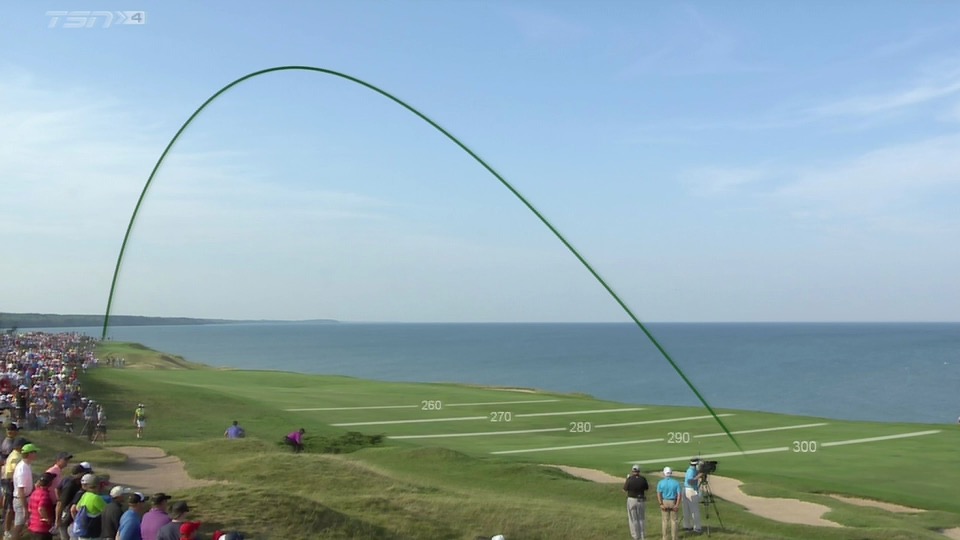 It was one of those rounds of golf where very few players made mistakes. Spieth, Branden Grace, Justin Rose, Brooks Koepka and a cast of others were great on Sunday, but Day never relented and his final round 67 allowed him to post a final total of 20-under par, becoming the first player to ever record such a number in a major championship.

It was special to watch.

This one was a long time coming. Coming into the week, Day had posted nine top-10 finishes in major championships since 2010, and had come agonizingly close to winning a few of those as well which meant that he was usually placed at or near the top of that “best player to never win a major” list. From the outside looking in though, it never really seemed to bother him like it has with so many other players and the fact that he did it while holding off the hottest player on the planet who kept throwing haymakers makes it even more impressive. Some of the criticism around Day in the majors has revolved around the idea that sometimes he tends to take the foot off the gas, which is completely counter to the naturally aggressive style that allows him to get into a good position in the first place, but that didn’t happen all week. Even when he made mistakes, usually as a result of firing at dangerous pins, he came right back and went flag hunting.

Right after that booming drive on 16, Day saw Spieth go left into a really bad position with his approach, landing in a bunker that combined with Spieth’s lie made it look like he was going to give another shot back to Day, allowing the Australian to extend his lead even further. The pin was on the far left as well, so Spieth going at it made sense as he needed to force Day’s hand with a birdie. The 16th green is large and had plenty of room to the right of the flag for Day to place his approach, leading Feherty to remark that there was no chance that Day was going to be left of the flag like Spieth. It just wasn’t the prudent play, but Day went at it anyway and when it stopped on the fringe, left of the flag, the tournament was over. Spieth went on to hit a ridiculous bunker shot and both men walked away with a birdie, but even still, it was at that moment that Day broke through. He never relented and the end result was the biggest win of his career.

Specifically, this is what the win means for Day:

What The Loss Means For Spieth

So Spieth is going to come up 1 shot short at the Open and 2nd to a guy who went nuts and got to -20. That's what kept him from the slam.

There was nothing left for Spieth to do on Sunday at Whistling Straits. He gave everything he had and he was simply beaten by a guy who set a new scoring record. In fact, Spieth’s 17-under par total has been beaten by eight players in major championship history, and it just so happened that one of the eight played with him in the final group on Sunday. It wasn’t all bad news for Spieth though, as with his finish, he did claim the number one spot in the Official World Golf Rankings from Rory McIlroy and there’s no reason to believe that he won’t contend and build his bank account even further over the next few weeks with the FedEx Cup playoffs.

As special as it was to watch Day this week, we really shouldn’t forget about Spieth. Just incredible. The Best Moment EVER

I love the media continuously mocking the simplicity of DJ's quotes. Ever think a guy might just not care about your bullshit narratives?

"That's not a snap hook, I'll tell him what a snap hook is later." -IBF, who once missed the 1st fairway at St. Andrews. To the Left.

The fallout from Cat's career is spilling into what should be a celebration of an incredible era of golf. It's absolutely the worst.

Daly and Rory have each thrown a club in the water. Daly said there's a difference? "I've got him by 180 throws."

Yeah, in his bra. pic.twitter.com/VbFwOZ7a1Z

The only difference between Spieth and Batman is that Batman had help.

I just saw Justin Rose on the range. Here's what he's wearing. pic.twitter.com/SrBu2NOXmM

To make it fair, in 2016 Jordan Spieth will look at the hole from 150 yards and in. #grandslam

This round is DJ's entire career in summary.

Rory McIlroy hit it in the water at No. 5, which didn't stop him from hitting this shot. #QuickHits http://t.co/wrEKZW0391

Highlight: Tiger Woods with a clutch bunker save at 17 from a difficult lie… Watch Live: http://t.co/RiT6xcduUI http://t.co/JMuTmi3Of0

Phil Mickelson is making a Saturday move at the PGA Championship. #QuickHits http://t.co/aWtZtn8pMd

Good grief, Grace! The South African ties the lead with this miraculous bunker hole-out at the 18th. #QuickHits http://t.co/Cj8BaewIbZ

When we thought Rory might be making a charge on Saturday.

The frustration of two bogeys in three holes. pic.twitter.com/HxYo9gVf0g

Even the range isn't safe from Rory's #TourSauce https://t.co/jmd0Ys6fws

Nothing like the fist pump for par when your +5 in the first round. #TourSauce @nolayingup https://t.co/bxqY7RyxXY

Tiger Woods asks himself what we've all been wondering this summer http://t.co/hSQuTIJXFO https://t.co/dI0W3Efmta

Is this follow-through even real life @NoLayingUp? 😳 https://t.co/nLZMGWxq2u

Might not quite be the marshal at Chambers (https://t.co/yf1pisxAWU), but Damon Green quieting a boat is pretty good https://t.co/0X8EzWlwCn

"Hey Michael, do you know who the Lakers GM is? Mitch… KUPCHAK." https://t.co/PnBU8Xkv10

Peak Bubba Watson is him arguing with an official about ants. pic.twitter.com/IqI9AiIuIn

Bubba Watson Yells "Ow, It Bit Me" Before Hitting Out of an Ant Hill at the PGA Championship https://t.co/1fciD5yE4b https://t.co/WAXuJ58Oh6

No need for that ball on the next tee.

GIF: Justin Rose's reaction to a near miss pic.twitter.com/Rdr3gVbSzf

Jordan gives Jason a thumbs up for his lag putt.

Too cool for school: Kids reaching under a fence to get Jordan Spieth's autograph. pic.twitter.com/OQXW6YRvjA

So Zach Johnson has a worn sweet-spot … On his putter. pic.twitter.com/120kIDnUIv

Might have to be the new signature #TourSauce cover image (via @GolfCentral) pic.twitter.com/15baotXh9w

Shut the PGA Championship down, we have our champions. pic.twitter.com/DbXd9HOOjF

If you look closely in the background you can see world number 1 charging pic.twitter.com/FWTxo7isHI

lol "it all begins with a golf bag filled with dreams" pic.twitter.com/rbAs8YjE5e 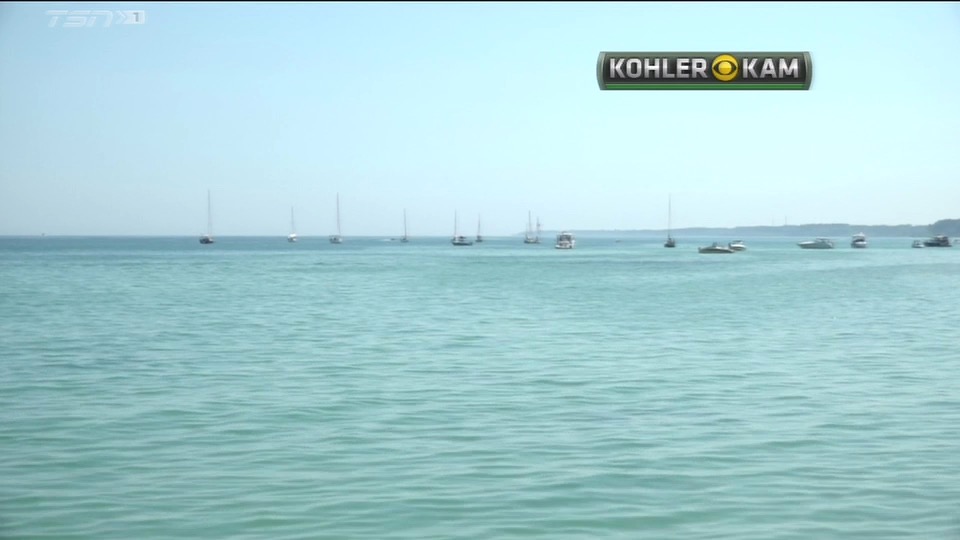 The Kohler Kam, which showed no golf all weekend.

The real battle going on this week – Kaymer's shirt today or the 1999 Ryder Cup shirts. WHO YOU GOT?! pic.twitter.com/cBijBjxXvH 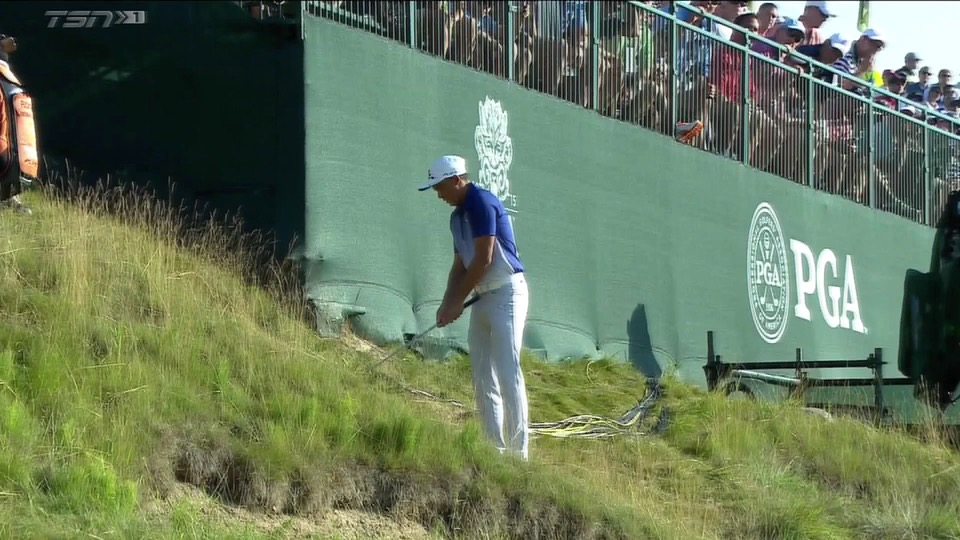