Two tournaments this week: Hideki Matsuyama defeated Rickie Fowler in a playoff at the Waste Management Phoenix Open, and Danny Willett bested Andy Sullivan in Dubai. The best moments from the week are below.

Video of the Week

Being able to see the hole is overrated. #QuickHits https://t.co/DgqehcT1o5

Perfect extension on the club point from Rory.

Peter Malnati with the club drop.

Andy Sullivan is jacked up.

James Hahn does some pushups after a bad shot on 16.

Danny Willett gets a bounce out of the water and into the fairway.

The double blue from Thorbjorn Olesen. Johnny Miller as a Thunderbird.

Graham DeLaet’s beard is a work of art. We’re on board with Team Sulli.

This bro is thrilled to get a ball from Charley Hoffman.

A few of the 201,003 fans out at the @WMPhoenixOpen today. pic.twitter.com/E5xHemHGhh 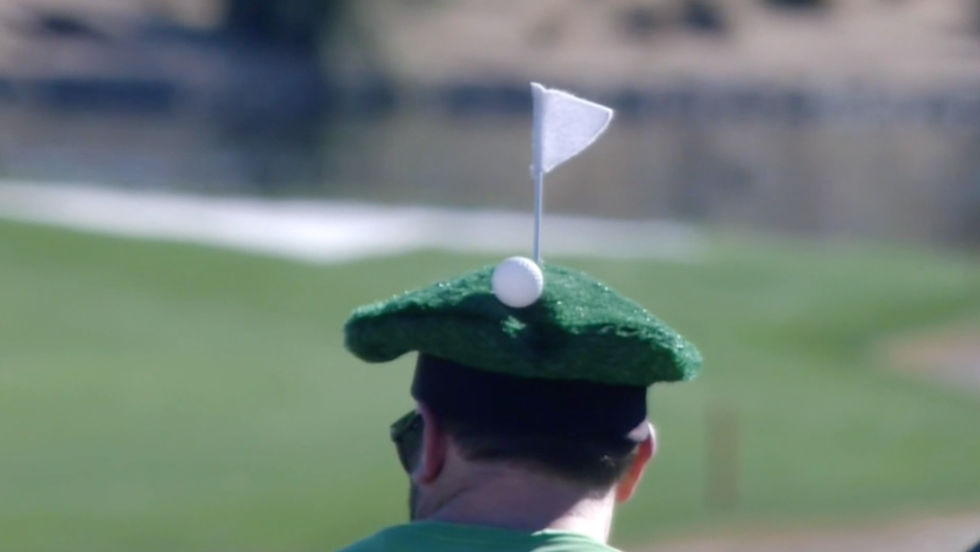 Someone actually went out in public with this hat on their head.

Imagine having to say that on air. Julian Tutt did it flawlessly though.

You could build several Walmart’s between Tony Finau’s ball and the tournament average.

Leader in the clubhouse for broadcast moment of the year: The graphic telling us that Gary Woodland rinsed one. Not the most comfortable of shots for Rory. Table for one: Troy Merritt.

Smylie Kaufman in the swamp.