This week, sixty four of the best players in the world will tee it up at Austin Country Club in Texas for the WGC-Dell Technologies Match Play. As I do every year, I’ve created a table looking at the match play records for each player in the field, with each player name being clickable and taking you to the full details of each match. It is sorted by winning percentage, with the following tournaments being covered:

END_OF_DOCUMENT_TOKEN_TO_BE_REPLACED

That shouldn’t have to be said, of course, but as a starting point here, damaging a golf course, and doing it repeatedly, is not something that should happen. It shouldn’t be condoned in any corner, and the fact that he was disqualified for doing it on Saturday at the Saudi International was absolutely the right call. He isn’t the first player to slam his putter or drag his feet along on the green in frustration, but as far as I can tell, he probably is the first to do that on five consecutive holes. Five! Golfers tend to complain about a lot of different things, but I can only imagine that the damage was pretty significant if several groups went to officials to complain in the wake of Garcia’s brand of course maintenance. If you saw that happen on your local muni, you would not only report it, you would probably also never play with that person ever again.

END_OF_DOCUMENT_TOKEN_TO_BE_REPLACED

When I started doing these year in review posts back in 2015, I started with 60 stories, and that felt like a lot. Then, for some reason, I upped it to 100, and it felt like I really backed myself into a corner, and that not every year was going to have that much intriguing stuff to talk about, but then 2018 happened. A lot of stuff went down in golf over the past twelve months, and I can honestly say that for the first time, I didn’t feel like I reached for any stories. It was a pretty great ride over the last twelve months.

For this year’s version, I’ve changed things up slightly by offering twenty stories per post instead of the usual ten. So, without further ado, I present my ranking of the top 100 stories in professional golf for 2018.

END_OF_DOCUMENT_TOKEN_TO_BE_REPLACED

If you follow any official golf accounts on social media, you’ve definitely become familiar with the phrase “Golf is hard”. Usually, the #content creators in charge will tag an embarrassing moment, or a hard lip out with that as a way to post a clip, and remind everyone that all of the stuff that happens to you on the golf course can also happen to those playing for millions of dollars every week. It’s an easy way to post something that should lead to some cheap engagement.

END_OF_DOCUMENT_TOKEN_TO_BE_REPLACED

Hey, an actual post! If you want to jump in on the next mailbag, hit me up on Twitter, or send me an email: adamrsarson@gmail.com

END_OF_DOCUMENT_TOKEN_TO_BE_REPLACED

Tiger at the 2018 Open Championship 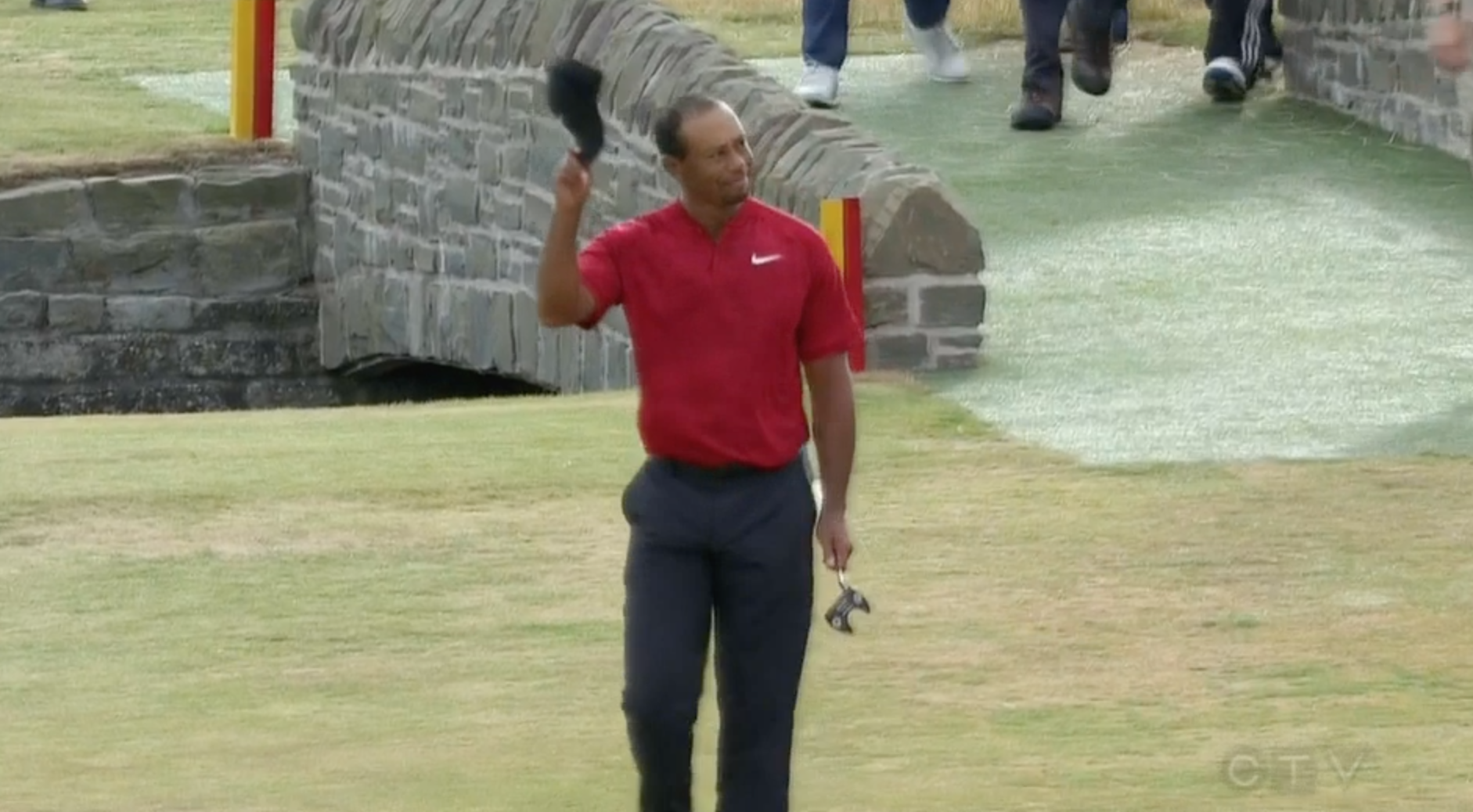 Back in December of 2015, things were looking pretty bleak for Tiger Woods. Three months prior, he went in for surgery on his back for the second time and a month after that, he had to have another procedure done on the same area to relieve discomfort. At this point, it was hard to be optimistic that he would ever be healthy enough to compete at a high level again. So, when he showed up to host the Hero World Challenge, everyone knew he wasn’t going to play, but his words were far more impactful than any driver swing could have been that week.

“I think pretty much everything beyond this will be gravy”

These were the words coming out of the mouth of the most dominant, self-assured athlete of my lifetime. The man who, at least on the golf course, never showed any vulnerability, just told the world that he thought that, basically, he was done as a professional golfer. Even if many of us had thought something similar, it was still a shock to the system to hear those words out of the mouth of Tiger Woods, and that was a full sixteen months before he went under the knife again in April of 2017 to relieve more pain in his back and leg.